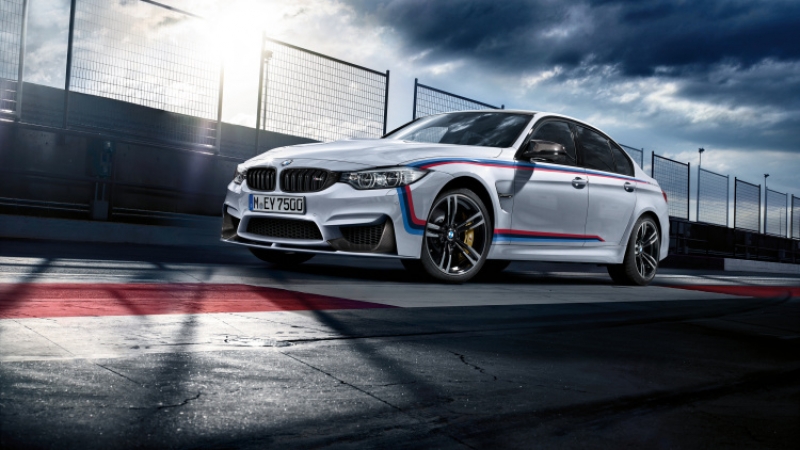 The SEMA Show in Las Vegas is held every year in the first week of November, ranking as the worldâ€™s leading trade fair for vehicle individualization and tuning.

SEMA isn't just for custom American muscle cars anymore. BMW has announced a huge range of M Performance accessories that will debut at the giant show in Las Vegas, including high-tech alloy wheels, carbon fiber wings, and engine management software that boosts power on certain models. In other words, it won't be all show and no go at the BMW booth. 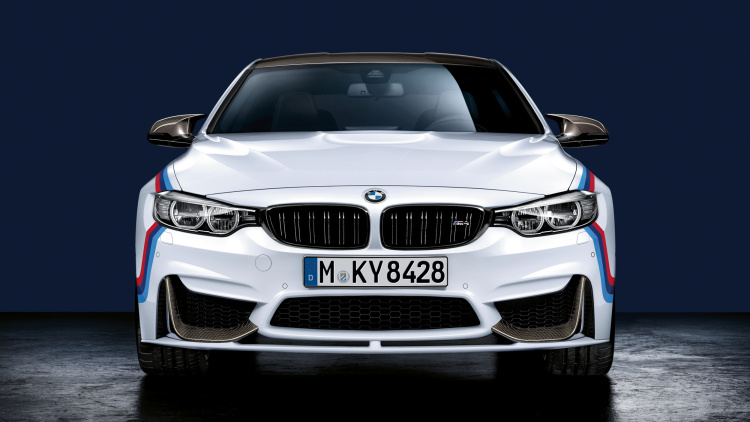 BMW says its latest alloy wheels, which are slated for M2, M3, and M4 models next summer, are derived directly from motorsports technology. Each wheel is milled from a forged blank, resulting in the lightest and strongest design engineers could muster. The wheels will be shown in Matte Black and will wear sticky Michelin Pilot Sport Cup 2 tires. Among the vehicles BMW will have on display at SEMA, a highly accessorized M3 seems set to attract the most eyeballs. It's fitted with a new carbon fiber rear wing that looks straight off a DTM racer, along with a sweet set of racing stripes. Expect these bits and baubles to hit the market in the middle of 2017. An adjustable set of shocks and springs that can lower the M3 or M4's ride height by as much as 20 millimeters is also on display. 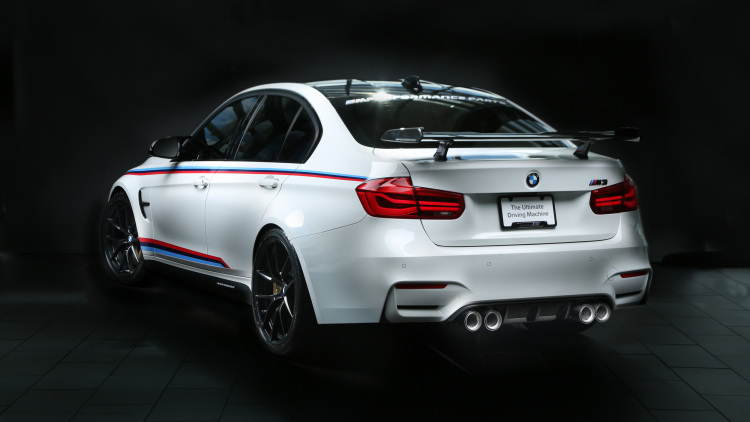 BMW 340i and 440i models with xDrive all-wheel drive in the United States will finally get the M Performance Power & Sound Kit that's been available in Germany for a while now. New engine management software joins with a free-flowing exhaust system to boost power from the 3.0-liter turbocharged inline-six-cylinder engines from 320 hp to 355 hp. Torque jumps to 369 pound-feet, and there's no change in emissions or fuel economy. That's not all BMW has planned this year for SEMA. Check out the massive high-res image gallery for a visual representation of the German automaker's accessories and packages.