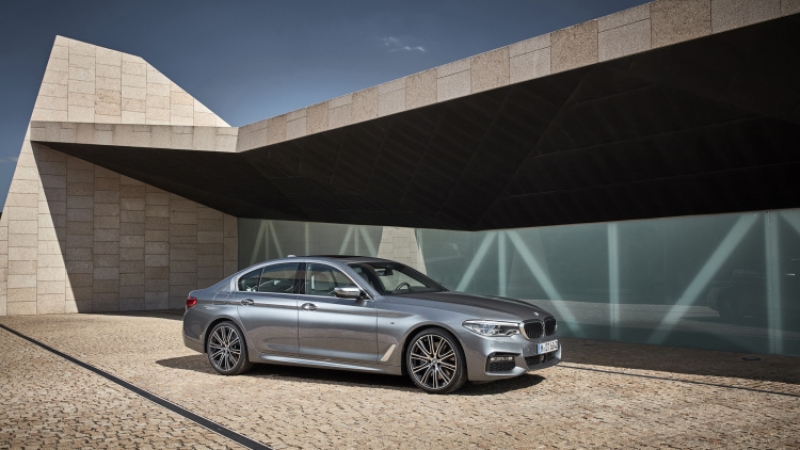 The new model is more evolution than revolution, though the changes run more than skin deep.

BMW‘s tweener sedan is growing up quickly. Now in its seventh generation, the BMW 5 Series gains a set of more powerful engines, a lighter body, and a brand-new exterior design for the 2017 model year. Equally important, new gesture control technology and semi-autonomous driving features bring it closer to its older brother, the 7 Series. The new model is more evolution than revolution, though the changes run more than skin deep. 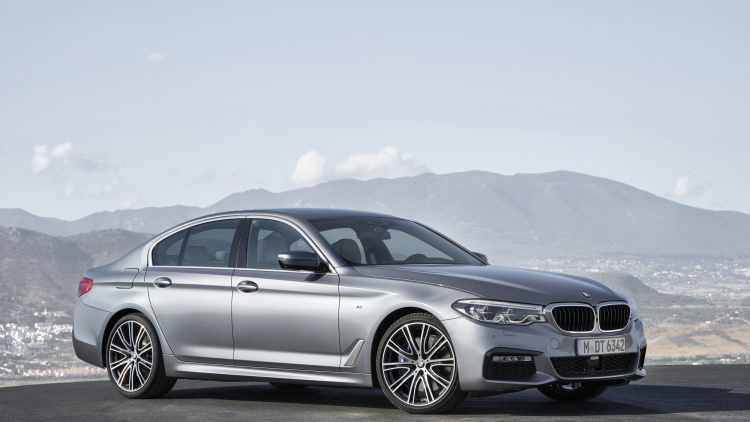 The automaker claims a weight reduction of up to 137 pounds thanks to the use of high-strength steel, aluminum, and magnesium. The weight loss becomes more impressive when you realize the new car is longer, wider, and taller than the 5 Series it replaces. The weight reduction, along with more powerful engines, means the car should be quicker than its predecessor, as well. 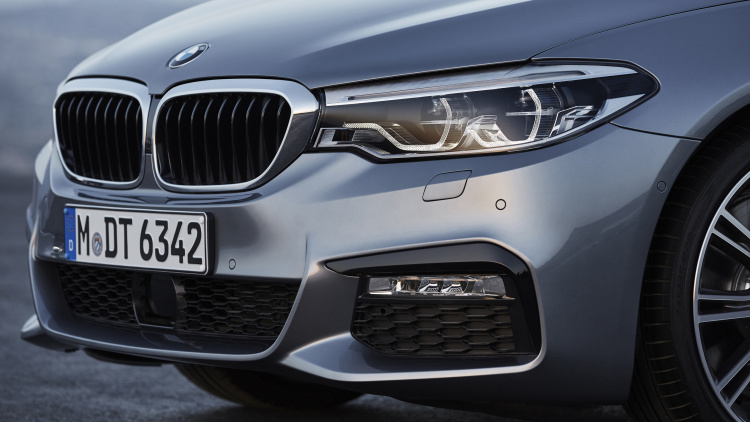 The new engines, dubbed BMW TwinPower Turbo, are a series of modular inline four- and six-cylinder units. The US model will debut as the 530i (2.0-liter, turbocharged four-cylinder) or 540i (3.0-liter, turbocharged six-cylinder engine). Both will be available with xDrive all-wheel drive, but no manual or V8 options will be available at launch. Expect a 0-60 mph time of 6 seconds (5.8 with xDrive) for the 530i and 4.9 seconds (4.7 with xDrive) for the 540i. All engines are paired with an eight-speed automatic that features navigation-assisted shifting, just like a Rolls-Royce and its larger 7 Series sibling. Fuel economy figures haven't been released. 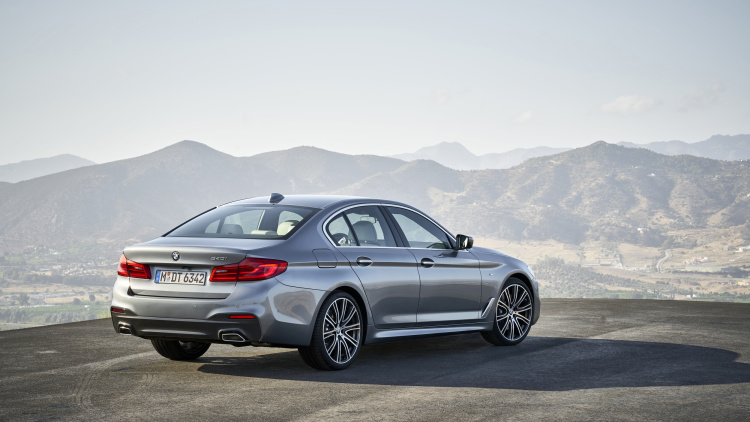 The M Sport package, available from launch, features a number of upgrades over the standard models. There will be a specific aero kit and exterior trim. Performance upgrades include a lowered suspension and bigger set of wheels and tires. Inside, M Sport models feature a leather steering wheel, pedal covers, as well as some minor trim changes. The new car will go on sale in February 2017. BMW will announce pricing closer to the on-sale date.